Contact us if you have any further questions about coming to Malapascua and the Philippines. 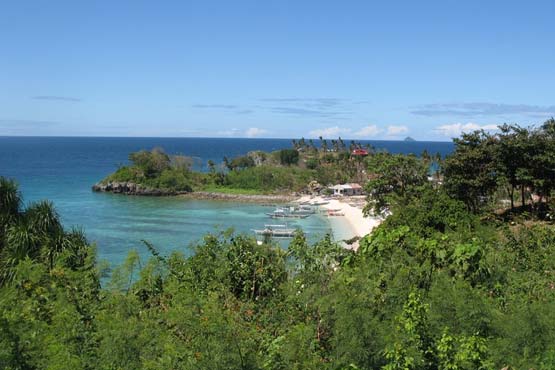 Malapascua Island  is just off the north tip of Cebu in the Philippines. It is about 2km by 0.5km, and you can walk around it in 1-2 hours. Its population has grown to about 7,000 from about 4,000 when TSD first opened in 2004, most of whom live off tourism, but some still substance fishermen. There is also now a thriving boat-building business on the island and it’s a wonder to watch these craftsmen put together the traditional wooden bankas by hand.

The name Malapascua means ‘Bad Christmas’ in Cebuano. Legend has it that it was so named because the Spanish first landed here one stormy Christmas Day in the 1500’s. There is some debate about the name because although ‘mal’ definitely means ‘bad,’ ‘pasco’ means Christmas in the local language of Cebuano but ‘pascua’ in Spanish means Easter. So perhaps it was instead a stormy Easter!

Modern-day Malapascua was first ‘discovered’ by present-day foreigners over 30 years ago, when Swiss national, Freddy of Cocobana Resort bought land. Ten years later he opened the island’s very first resort. Freddy is not a diver, but at the same time dive safaris were coming up from Cebu and making the first ever dives with thresher sharks. Andrea opened Thresher Shark Divers not long after in 2004 after being entranced by the island, its people, and the thresher sharks, and the rest is history! Malapascua quickly became known as a premier dive destination in the Philippines and divers starting visiting regularly.

Today, Malapascua remains a beautiful, sleepy island, and although visitors numbers have grown, it is still as yet unspoiled by tourism, with white sandy beaches, lush green palm trees and surrounded by clear blue waters.

There are no cars on the island and most buildings are only one floor high. The locals are friendly and like to say hello and chat. They may even invite you to their homes for dinner, or at least to sit down, join them singing songs and playing guitar, and toast each other with a rum and coke.

Thresher Shark Divers is located on the western end of Bounty Beach, the long beach on the south side of the island. 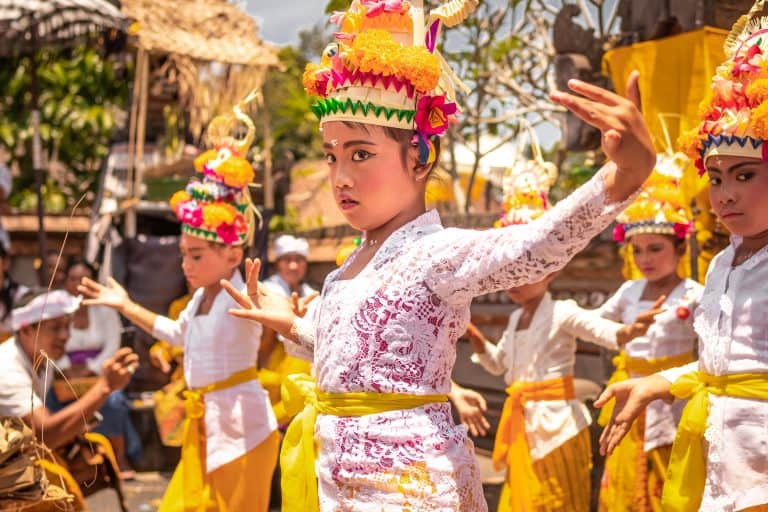 Fiestas: There are many fiestas throughout the year with beauty pageants, discos, booths, food and drink. Westerners are always welcome. The main one is May 11-12 and is something to behold!

Basketball is the national obsession and games are played at courts all over the island. You may even be here at the right time to cheer on the Thresher Shark Divers team.

Cockfighting comes second after basketball, and you will see the proud birds (and prouder owners) all over the island. Cockfighting is not for everyone, but it is part of the culture, and the less squeamish can find a fight most Sundays. You will be welcome to watch, especially if you want to place a bet!

Malapascua is suitable for families, with a swimming pools at several resorts as well as the beautiful beaches. Most beach have very shallow calm water and are very safe. If this is not enough to completely relax you, the massage ladies will soothe away any remaining stress, with a coconut oil massage for less than the price of a Western beer.

As for sightseeing, the island is small and the main attractions are the beaches, the snorkeling and the diving. Many people enjoy walking around the island to see the local villages, and the local children will clamor for you to take their photos. There is a lighthouse open to the public, and the cemetery is worth a visit. It has a certain interest, despite the skulls and bones that can sometimes be seen! And there is great cliff-jumping area for the very brave!

Because we do not own a resort, we will not bind you into a room that might not suit you.

Tell us  your needs and we will suggest the perfect resort from the wide range of room types we offer to suit every need and budget.

We have several resorts we use regularly because of their high quality and service standards. But if you prefer something different, we are more than happy to help you find your perfect accommodation for your perfect vacation.

There are some great restaurants on Malapascua and we will show you the best the island has to offer in terms of food, one of the best of which is Oscar’s, the rooftop pub and restaurant located above Thresher Shark Divers, and its baby brother on the beach, The Wilde Bar.

Malapascua has some excellent restaurants. Many are Western owned and run and they have set a high standard for the island. The food is of excellent quality, and is generally a mix of Filipino and European dishes. German, English and Italian cuisines rank high in the ratings. There are also some excellent curries and even Mexican food! And if you are a meat or fish lover, the Philippines is really the place for you.

“Oscar’s” is TSD’s restaurant and once you try our food,  you likely will not want to eat anywhere else! It is a new concept in dining on Malapascua with a daily-changing menu, serving a mix of high quality but reasonably priced international dishes made from the freshest ingredients.

Malapascua has a good few bars to choose from and you are sure to find one you like.

Oscar’s has an open air bar, right above Thresher Shark Divers. Its location is idyllic, surrounded by palm trees with a view over the sea. With a wide selection of imported liquor as well as imported beers and an extensive cocktail list, you are sure to find a tipple to suit you. It is a popular choice for divers’ decompression time, comparing how many sharks they saw that morning. Happy Hour runs from 4-7pm. Come around 7pm to see our newly certified divers get their free Shark Bite shot. 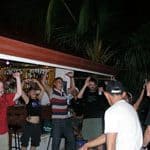 This is a Thresher Shark Diver’s Special and is not to be missed! Enjoy a cruise around the island in the late afternoon, with a plentiful supply of alcohol on board!

We will stop for snorkeling, including at the Lighthouse wreck, and you can even take a turn at driving the boat (preferably earlier on the tip rather than later!). It is always lot of fun and a great chance for photos. Included at no extra charge is our daily mind-blowing sunset! 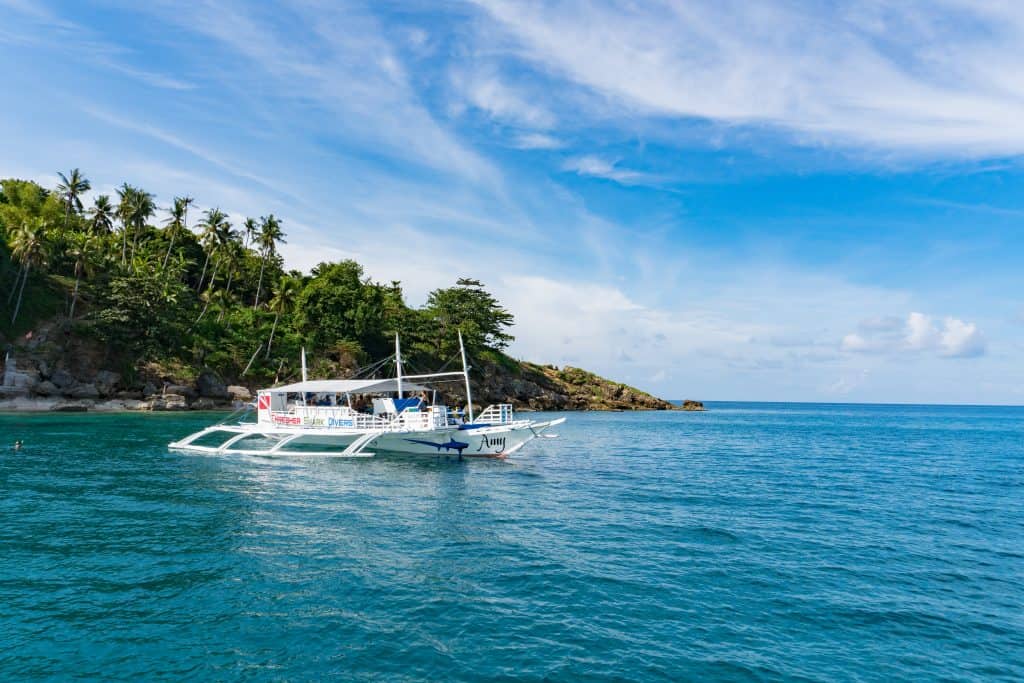 We are very fortunate with the weather on Malapascua. The Philippines has two seasons: “rainy season” (July-December) and “dry season” (January to June). Luckily, it doesn’t mean that it always rains in rainy season – in fact we can go for months in rainy season with very little rain. As Malapascua is away from the mountains we experience much less rainfall that Cebu City. We are rarely affected by typhoons, which tend to pass near to Luzon in the north of the Philippines.

Diving and the weather: We lose very few days diving out of every year. There is almost always a protected area on the island that we can dive. It is very difficult for us to say how the weather will be at a certain time of year and of course the weather is hard to predict far in advance. The few storms we have are spread out fairly evenly through rainy season with a few more in November and December. This can change from year to year.

So when should you come?

Thresher shark sightings are similar year round, so it mostly depends on weather and if you prefer it to be quieter. A few points to think about when making your decision:

High season (December to April) means less chance of rain, but also more people and sometimes higher prices. Hottest time is from March – May. If you want to meet lots of people and have a livelier social life this is the best time.

We get mild typhoons year round, but more so in low season (Jul-Dec). However, they do not usually hit us hard and we can almost always dive. It is hard to predict year to year. We can go 1-2 months with barely a day of rain in low season.

Water temperature varies from 27-30 degrees for most of the year. From December – February it is usually 24-26 degrees although it does not drop every year.

Thresher Sharks used to be more seasonal but are now seen consistently year round. Hammerheads used to be seen December-April with April being the best month for schools. However they are sadly very rare these days. These are only tendencies and can change from year to year. Contact us to find out the latest information.

Your chance of seeing sharks is slightly less during major holidays as there are always many divers around. Although as we dive our own spot for sharks, this is less of a problem. These holidays include Christmas, Western New Year (Jan 1), Chinese New Year, Easter, Thai New Year (April 14) and May 1. But all the dive sites are busy at these times, so it is best if you can avoid them if possible 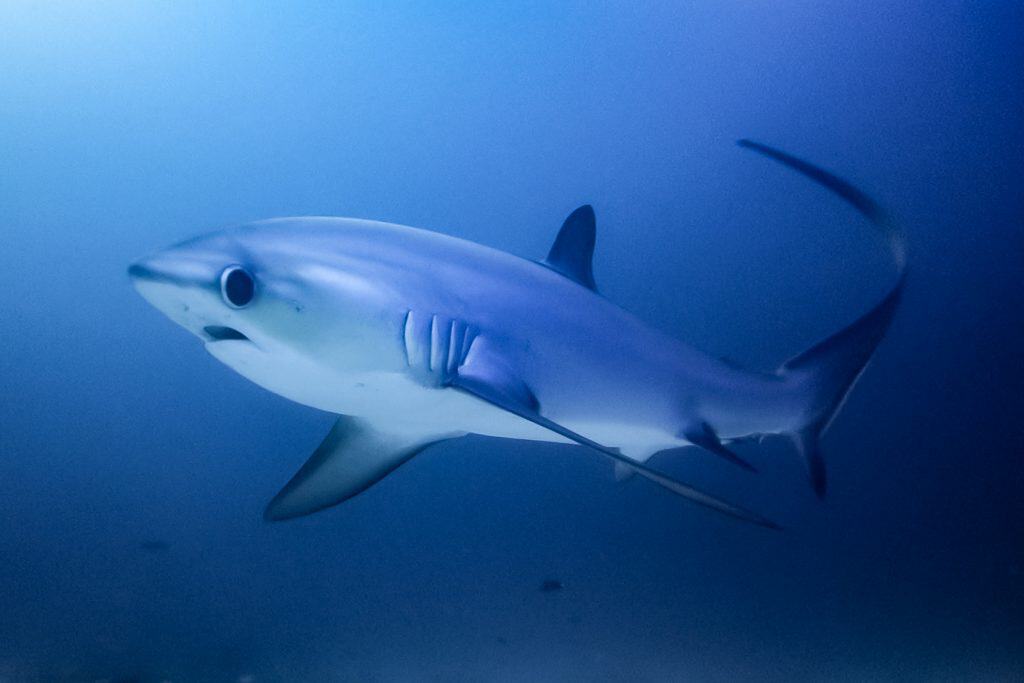 fun diving
Back To The Top