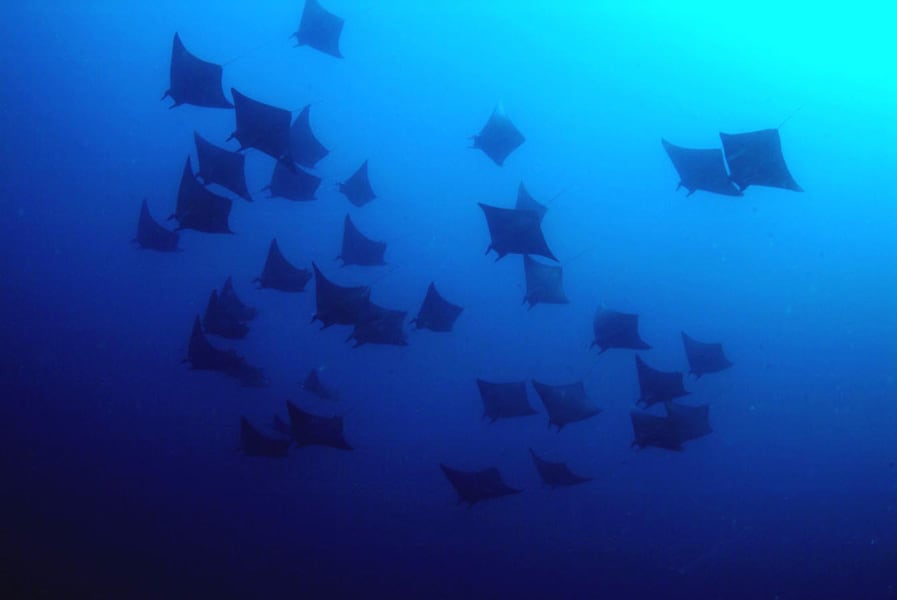 In the center of the Sulu Sea lies the Tubbataha Reef National Park. Declared a World Heritage site by the World Conservation Union in 1993, the park is composed of 2 coral atolls separated by an 8 km wide channel. These picturesque tropical atolls, known as North and South Tubbataha, host an amazing variety of tropical reefs, turtles and large pelagics. Manta and eagle rays, white and black tip reef sharks, gray reef sharks, turtles and Napoleon wrasse are seen on many of the dives. Nurse, shovelnose, leopard and hammerhead sharks are common. Schools of jacks and snappers congregate on the wall, while sleek barracudas patrol. Make sure you visit the Malay Wreck with its amazing school of sweetlips and bumphead parrotfish. Terrain ranges from gentle slopes to sheer walls in excess of 914 meters (3000ft.)! The spectacular explosion of life and color make this an experience never to be forgotten. Visit the magnificent Tubbataha Reefs between the months of March and June. The first and last trip of the season are “Transition Trips” which are one extra day and also go to Apo Reef or Coron.

Back To The Top